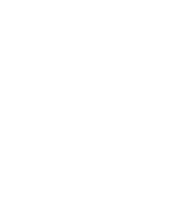 The perpetrator of a hate crime or act chooses the victim because of his or her presumed or actual sexual orientation or gender identity. It is important to distinguish between hate-motivated actions and hate crimes. Namely, a procedure motivated by hatred is a physical and verbal procedure that includes prejudices and stereotypes, but does not constitute a crime. Although hate-motivated acts do not constitute crimes, they often precede, accompany or give context to hate crimes. Therefore, Da se zna! also documents hate-motivated practices, including discrimination based on sexual orientation and gender identity.